Every day is an event with SGHY, but we had two very special 2014 events.

The first was in January. 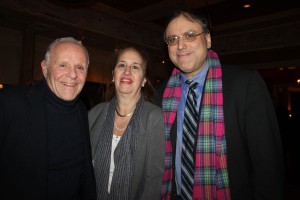 From left, Henry Buhl, Borough President Gale Brewer and former Councilmember Alan Gerson at Buhl’s stunning Soho loft at an event to fete both the late Sophie Gerson and the Healthy Youth Program Foundation, founded in her honor by her son, Alan. Photo by Tequila Minsky

The evening was frigid, but the good feelings were very warm. Friends, family and a diverse array of those who worked with Sophie and Alan Gerson through the years found sanctuary in Henry Buhl’s Soho loft. They were there to pay tribute to Sophie Gerson and her championing of physical education, sports and dance.
Tequila Minsky, East Villager, Feb. 20, 2014 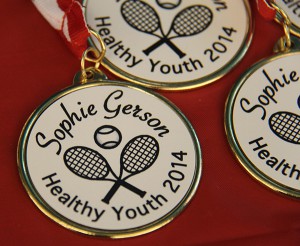 And our second event, the awe inspiring Sophie Gerson Tennis Tournament at Columbia’s Bakers Field in the Dick Savitt Tennis stadium.  What a day June 16th was !  See it a